When you think of Azire, the word that immediately springs to mind is ‘London’.

Born and raised by Nigerian and English parents, his life has taken him to all corners of the city. Growing up in the west, now residing in the north, with his heart firmly in the east’s electronic music scene, Azire is a Londoner through and through. He has more than a decade’s experience of DJing and producing, and he has crafted one of the smoothest sounds in London. He is still somewhat of a hidden gem, a humble artiste totally immersed in the world of sound who has gigged mostly at secret underground events. You have to discover him, but when you do, his music will stay with you for a long time.

Azire has been producing since 2006, starting out making grime and hip-hop in his bedroom. This was followed by a short tech house phase before discovering minimal in 2016; since then, his focus has been on the more subtle, spiritual shades of electronic music.

“My family moved to an unfamiliar neighbourhood, and I needed an outlet to express and release my emotions,” he said. “I found it in music production. To this day, channelling my emotions into my production is an integral part of my creative process.”

Having meticulously refined his craft over the years, Azire’s focus now leans strongly towards the Ro-minimal sub-genre with productions at once sexy, precise, subtle and flavourful. He has played for many of London’s best minimal parties such as Pleasureroom Records, Calidad, Smthelse and Beeyou. Together with his good friend Kesh, he makes up one half of the duo Xhz - they have been releasing music and gigging since 2019, their ‘Lavender’ EP receiving support from industry heavyweights such as Petre Inspirescu.

Azire recently released the ‘Tell Me’ EP, a collaboration with another close friend, Kas. His immediate goals are to release more individual EPs, more collaboration EPs, gig in Romania again, and explore another avenue: visual mapping.

Whether it’s production, DJing, music tuition, running events, and everything in between, Azire has been there and done it. He remains one of the most down-to-earth, hardworking people on the scene, with an extremely bright future.

“My goal is to continue enjoying the journey I’m on and see where it takes me.” 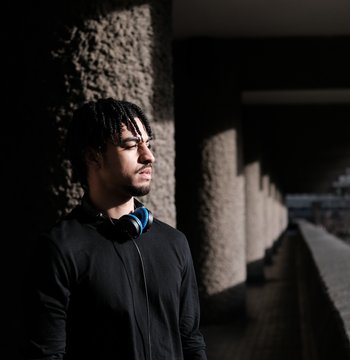